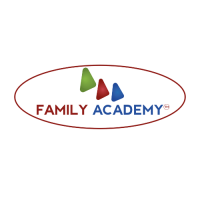 Beginning in the mid-1980s, Family Academy pioneered a “private school extension program” serving homeschooling families in the State of Washington. Though it serviced some families in other states, the program is unique to WA State due to their laws governing homeschooling. Desiring to help families nation-wide, the organization restructured into a membership organization in 2003. At that time, the private school in WA, Academy Northwest, became a separate non-profit organization and is now an Affiliate School Member under Family Academy.

The vision to go national was developed over 15 years ago, and during the intervening years the Lord has emphasized that it is the teacher who needs to be freed from the system of a “school” to serve families – parents and students – and the Body of Christ under the direction of the Holy Spirit.

As a 501(c)(3) educational organization, FA derives its revenue from training parents and Teacher Consultants, who work with parents and students. The organization also has a bookstore and partnering membership of individuals and businesses. To maintain full autonomy, neither FA nor its Affiliate Schools accept any government funding.